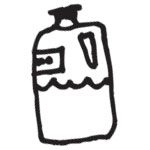 Holes tells the story of teenager Stanley Yelnats IV, and his journey of self-discovery and acceptance at the Camp Green Lake correctional facility for boys. We chose this novel for its thoughtful attention to some powerful social and emotional themes: racism, destiny, friendship, justice, and self-confidence. Students will find themselves relating to and being inspired by Stanley’s story; this curriculum will help students build connections between Stanley’s touching story and their own.

Ride along with teenager Stanley Yelnats IV, through his journey of self-discovery and acceptance after he is wrongly accused of stealing at a charity auction, thanks to a family curse, and sent to the Camp Green Lake correctional facility for boys.

At Camp Green Lake, Stanley and the other boys are forced by the warden to dig holes all day, every day, exactly five feet wide and five feet deep. There is no lake at Camp Green Lake, but there are an awful lot of holes!The warden tells them this exercise is meant to build discipline, but it doesn’t take long for Stanley to realize there’s more than character improvement going on at Camp Green Lake. The boys are digging holes because the warden is looking for something. But what could be buried under a dried-up lake? Stanley tries to dig up the truth in this inventive and darkly humorous tale of crime and punishment—and redemption.