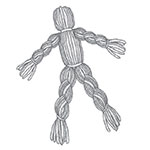 Esperanza Rising is the story of thirteen-year-old Esperanza,and what happens when she experiences an unexpected tragedy and must flee from her home in Mexico to the fields of California amid the Great Depression. We chose this novel for its thoughtful attention to some powerful social and emotional themes: loss, family, change, resilience, and self-growth. Students will find themselves relating to and being inspired by Esperanza’s story; this curriculum will help students build connections between Esperanza’s inspiring life and journey and their own.

Esperanza Rising begins ten years after the Mexican Revolution and at the beginning of the Great Depression. The book opens in Aguascalientes, Mexico, on the ranch of thirteen-year-old protagonist Esperanza’s family. The night before Esperanza’s birthday, her father, a wealthy landowner, is murdered by bandits. Esperanza and her mother must flee from Esperanza’s uncle, Tío Luis, who threatens to hurt them unless Mama marries him. Esperanza and Mama head to the United States to work with the former ranch foreman Alfonso, his wife Hortensia, and their son Miguel, who was one of Esperanza’s early playmates. In California, life is much harder for Esperanza than she is used to, and she must learn to adjust to hard work, harsh conditions, and unfair treatment. What’s more, because of the drought and dust, Mama gets sick with Valley Fever, and Esperanza must work hard to raise money to pay the medical bills and to bring her grandmother to California from Mexico. Esperanza, whose name means “hope,” perseveres with her mother and new extended family; she learns that her life can be rich without material wealth.